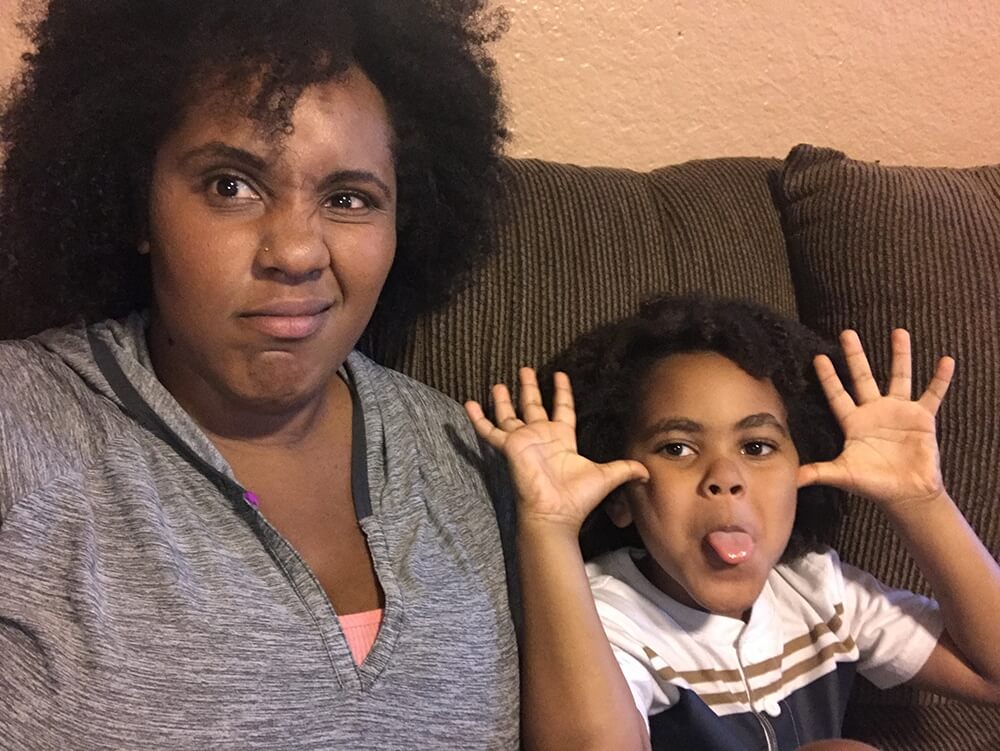 This morning I was in the shower and I was reflecting on the awful day Caleb and I had yesterday. Let’s be honest, if you follow any of Caleb’s social media accounts, it shows an all out highlight reel of the exciting things that we have him doing and sometimes captures the funny little moments of his silliness. I get so many compliments on the great job that I’m doing as a parent, but the truth is… there’s a lot more struggle most days than there are highlights.

I Chose This Life

I have to be honest with you, Friends. Parenting can be brutal. Caleb is an incredible kid with a HUGE personality. One of the main reasons I decided to homeschool vs sending him to a traditional school was to protect that personality. He really enjoyed his teachers and the program at his Pre-K, but sometimes the kids in the class would mock his big personality. His teachers did a lot to manage it, and I didn’t want to seem like an overbearing parent. So we stuck it out for a while, but to be honest, I believe that one of my roles as his parent is to protect his shine. Any sign of dulling and mama bear has to jump into action. There were other reasons I chose to homeschool… and as a single parent, I had to make some major decisions on how I was going to make it happen. But in the end, this was the life that I chose. I don’t regret it, but I learn more and more its not for the weak.

Outside of the Social Media Highlights

Days like yesterday, I wonder if I’m making the right decision by keeping him so close. Yesterday, I felt like I wasn’t equipped to be a parent, let alone a homeschooling parent. Though I have an enormous tribe of supporters, the pressures of being a single parent can be intense, when you realize that all of the responsibility and accountability for this kid sits on your shoulders. Sheesh. So yesterday here I was, sitting in a parenting fail. Every activity for school was a struggle. Neither of us could maintain or focus. This kid needed 60 breaks and 100 snacks to make it through the grueling 3 hours of school work we had planned. Our schedule was off. Naptime was joke time. We skipped out on his dance class (which is also my time for cardio hip hop) because I was just over parenting. I emotionally ate for the rest of the afternoon and felt horrible about it at the end of the night. Oh hey! Go Supermom… NOT!

My biggest critic: Me.

I despise that feeling of not being in control. I mean… he’s 5! This shouldn’t be this difficult. I also scroll through my Facebook and Instagram pages looking at all of the other super parents out there with the DIY mother’s day gifts, perfectly cooked healthy and balance homemade meals, and all of the fabulous bookings for commercials their kids are getting. That just makes all of these little parenting fails feel like huge parenting fails. Am I alone on this?

So there is a moral to this little rant.

This morning I woke up tired. But I woke up feeling optimistic about the day.

Last night, I spent some time in reflection and action.

I set out with the determination to make the day different than yesterdays’ train wreck. I noticed the biggest issue yesterday, was I left too many options open for Caleb. Caleb is smart. He knows that if I’m uncertain about what to do, he can insert his ideas into the mix and throw me all the way off. It’s okay. It doesn’t have to be great every day. In most cases, they won’t remember the bad days as much as you think they will.

Keep fighting the good fight! Don’t forget you’re not alone! Hang in there!

After such a horrific day, it turns out today was much better! We had a great meeting with his consultant to pick the curriculum for next year, school had a nice flow this morning and Caleb was cast in his first short film! What?!?! Good days. Bad days. Just take them all with stride!

Hang in there Mama! You are not alone and we all struggle from time to time. I love that you mapped your day out and set up a plan for success. Small victories become Big!

Hahah. Thank you for the encouragement! I was totally tempted to walk off the job yesterday, but I’m holding my ground!