Do You Play Sports?

Then, I also can think of a friend or two who are not good at sports, but wish they were.

“Do you play sports?” is one of the questions kids get asked whenever they are put into a new situation, whether it is a new school or a new summer camp, or just meeting the son or daughter of one of your parents’ friends. 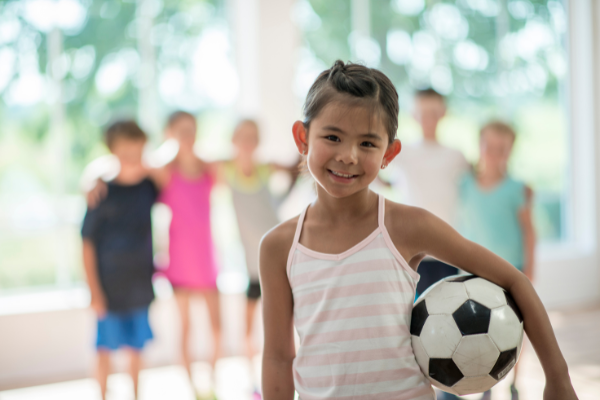 For those kids who do not like sports, or feel they are not good enough to play sports, it is a tricky situation. Unfortunately, some kids are judged by whether they can play sports. This is especially true for boys. But even girls are considered lacking if they don’t at least try soccer, or some form of gymnastics like tumbling.

I don’t like that we live in a world where people are expected to participate in something they do not like or are not good at.

That being said, there is so much to gain from being involved in sports, and those kids who don’t join in miss out on those enjoyable aspects of team activities.

So, let’s try and solve this problem, shall we?

Over time, you may find out that your new friend just doesn’t feel coordinated enough for sports. Maybe they tried to play basketball or soccer when they were little and it just didn’t work out.

Maybe they are just shy. When you play team sports, you sometimes have to force your way into the action. Shy people don’t do that. So, they may have had a bad experience simply because they did not shove their way into the game.

Whatever the case may be, don’t judge them harshly if they don’t play sports or enjoy sports. There are a lot of very important people in the world who never dribbled a basketball or swung a baseball bat. It’s possible to live a full life without being involved in team sports.

When the Answer is “No”

At my age (10), it doesn’t really matter how good you are at a sport. What matters is that you are out running around and having fun. In some cases, it’s the exercise alone that makes the sport worthwhile.

But, there is another aspect of team sports which cannot be overlooked or understated. Being a part of a team is a pure pleasure. Having teammates is so much fun! You share each other’s successes and enjoy the feeling of belonging that’s hard to get in other ways. Kids who don’t play sports or like sports miss out on that friendship experience.

But, you can help those kids get involved. If you want to teach them how to play an easy game like soccer, get together and just kick the ball around. It’s easier for a new friend to try something they aren’t good at with just one good buddy watching than with an entire team watching.

Invite your friend to a game you are playing in, and show him or how much fun you have, even if you aren’t very good. They might get the idea that they don’t have to be LeBron James to get into the game.

The Other Side of the Coin

Every team needs a coach. If you’re playing organized sports, you have a coach. But, your coach could probably use an assistant.

Ask your friend who doesn’t like to play to come to a game. Ask the coach if your friend can help out. He or she can help with equipment, or can cheer from the sidelines. Maybe, if they’re smart, they can actually identify ways for the team to get better. Ask them if they can tell who the best player is. Ask them which player could use some encouragement. Let them know that they can contribute to the team atmosphere just by supporting the kids who are playing.

This is the most important thing to remember. You must accept your non-sports playing friend for who he or she is. The fact they don’t play sports does not disqualify them from being your friend. They may have a side of their personality that you have never experienced before, and you might get a chance to learn what they do with their time when you are doing something athletic. 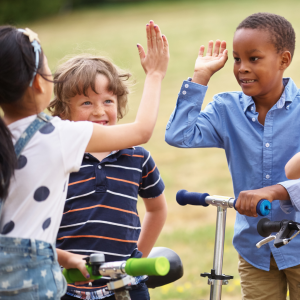 There is a chance what they are doing is really great, and you would like to do it, too. Besides, what a boring world we would live in if everyone looked the same, went the same places, had the same experiences, and enjoyed the same activities with no differences. We’d run out of stuff to talk about!